During the Second World War, in order to preserve manpower, it was essential that wounded men be treated as quickly as possible so that they could be returned to the front line or at least be made fit enough to take on a different role away from fighting zones. Those who were too sick or injured to serve in the army also needed to be returned as soon as possible back into the civilian life where they could make other contributions to the war effort, such as working in a munitions factory or serving in the Home Guard. The speedy evacuation and treatment of casualties was achieved by transporting a wounded soldier along a series of medical posts that moved him gradually away from fighting zones to supply bases. Within these worked teams of stretcher squads, field ambulances and motor ambulance convoys. First, a soldier would be taken to a regimental aid post (RAP), where his injuries were assessed and given immediate treatment. If necessary, he would be taken to an advanced dressing station, which functioned chiefly as a casualty collecting centre and afforded only for treatment of the most urgent kind, such as the arrest of haemorrhage or the treatment of shock. From here, he would proceed to a field dressing station, where was inspected and again if necessary, was given urgent treatment. He might then be taken to an advanced, or field, surgical unit, where he could be operated on.

If his wounds were more serious the soldier would be sent to a casualty clearing station, where he would receive full medical or surgical treatment. At the earliest opportunity, he would then be sent to a general hospital, usually established at the base or long lines of communication, and accessible to a port for evacuation aboard carrier ship back to Britain. In theatres of war, where supplies and resources were scarce, doctors and medical staff also organised wounded men according to a system known as ‘triage’. Soldiers were divided into three categories: those who were slightly injured and could be treated quickly and returned to duty; those who were wounded but likely to survive and who could be evacuated; and finally those who were considered too severely wounded to be transported. Triage has now become an important feature of civilian hospitals. In Accident and Emergency departments patients are placed into categories so that the most serious cases can be dealt with first.

My research explores the importance of these medical arrangements to the prosecution of warfare between 1939 and 1945. 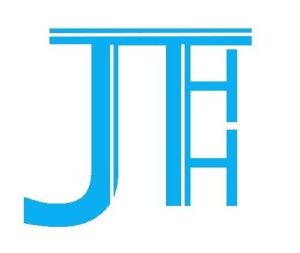