Plague doctor, costumes worn by physicians during the plague of Marseilles, 1720. 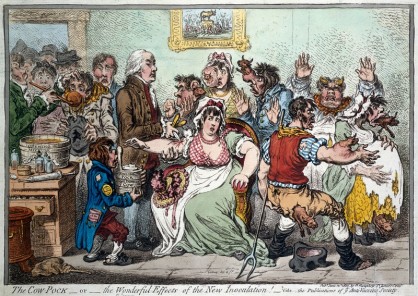 The Cow Pock or the Wonderful Effects of the New Inoculation 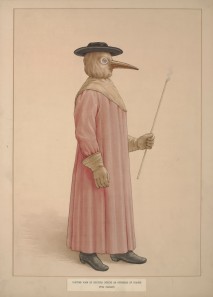 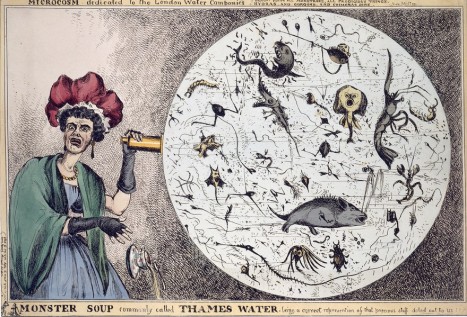 Child suffering from Smallpox in 1896

A large and evil looking army physician eagerly inoculates a fearful young man, pen and ink drawing by F. May